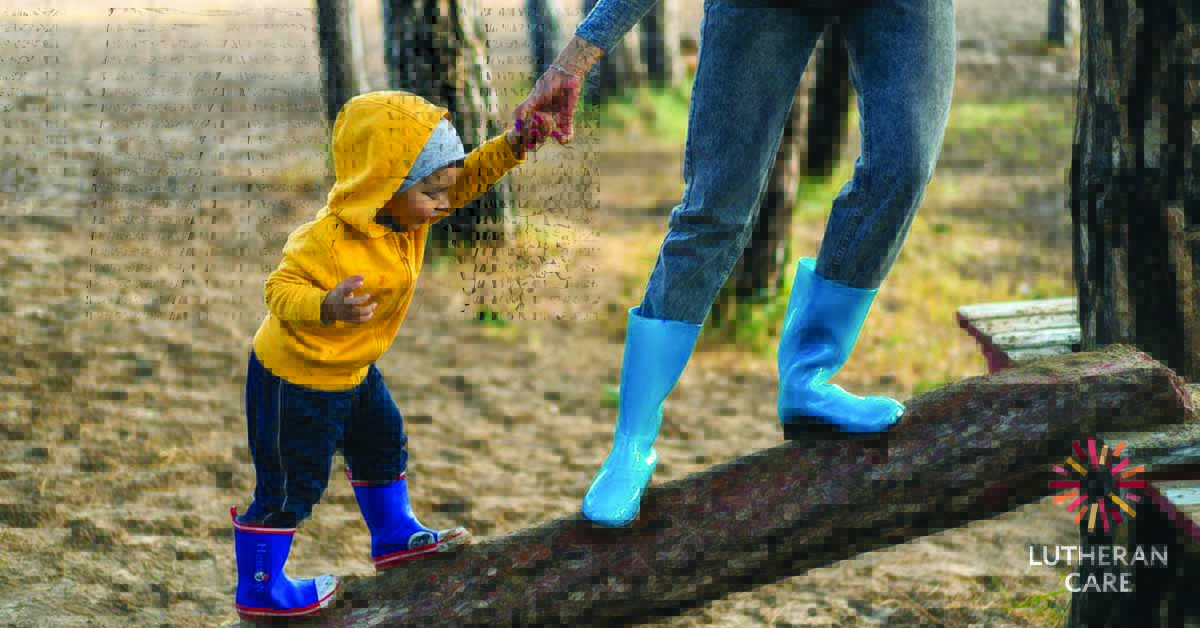 When Sara* made the decision to leave her emotionally abusive partner last year, her newborn baby was just two weeks old.

Alone and living in a country she had only been in for a year, Sara had no one to turn to for support as all of her family lived overseas. She was also dealing with mild depression following the birth of her child.

“After I left my partner I was having a financial crisis as he wasn’t being supportive,” Sara said.

“I was really in a desperate position because I wasn’t going to work. I didn’t have any kind of financial support from anyone. I had my rent to pay. I had my baby to feed. It was so hard.”

Sara began looking for organisations who could help and initially received assistance from the Red Cross. They then referred her to Lutheran Care for ongoing support. It was recommended she attend counselling sessions due to her levels of stress and sleeping difficulties.

“At first it was really hard for me when I was coming in for counselling,” Sara said.

“Frankly I had never really believed in counselling and just had that weird perception about talking about your problems. You feel like you are living them again and again so you don’t want to talk about it.

“But I think the first session got me thinking as I left with a different perception of my situation, because I wasn’t seeing the real problem. I kept blaming myself over everything that had happened. But I came to talk to someone who made me realise the reality of the situation, which helped me move past it.”

Sara moved to Australia to study and had big dreams for the future. But the relationship with her ex-partner ate away at her confidence and affected her mentally and emotionally. She said he was manipulating and would often take advantage of her.

“I was in a relationship with a person who was really mean to me. But in a way that it always made me feel like it was my fault,” Sara said.

“The whole situation that happened after we separated is what made me start thinking that maybe our relationship was not good. But I never used to see those things. I knew it was happening and I didn’t’ like it, but I didn’t let it bother me for so long. He kept saying it wouldn’t happen again, but it was a cycle. It was a lot of chaos.”

With the help of a Lutheran Care counsellor, Sara worked through her emotions and she gained her confidence back. Our counsellor was kind, listened intently and offered genuine care.

“My eyes were opened and I got to see my life in a different perspective,” Sara said.

“I was in a really bad state and at least now I can smile. It’s still tough, but at least it’s not like before where I used to feel so awful about everything.

“I just appreciate what I have and am trying to move on. My baby is ok. I think for me it was the best decision I have made.”

Her advice for others struggling and in a similar situation is to give counselling a go.

“Be opened minded and stop blaming yourself if you are,” Sara said.

“My counsellor didn’t give up on me. She gave me a chance. We rescheduled a few times and someone else may have given up on me.

“I hope other people are lucky like I was too. People who really need that help. It was journey, but I’m really grateful and really happy. I will never let anyone take advantage of me anymore. I’m stronger than that.”

Sara is now looking forward to a fresh start next year and is even going to visit her family back home.

“I’m positive it’s going to be a good year for me,” she said.

“I think I am so lucky. I just went to the right people who directed me the right way, otherwise it would have been really bad. Some people don’t have access to such information and end up on their own. I’m strong, but it just wasn’t me, I got some help to be where I am today.

“If I didn’t come to Lutheran Care, I honestly don’t think I’d be where I am.”

To find out more about Lutheran Care’s counselling service and how we support people through crisis and difficulties, visit lutherancare.org.au/counselling/

*Name has been changed to protect identity